In 2009 we held a three day event at Bilston Town Hall; the exhibition was based on Bilston schools. The event proved so popular we had to do it again, although this time it was for one day only. Doors opened at 10am at the old School Room of Holy Trinity, Oxford Street, almost immediately the people filed in to sign the register.  Our very own, Frank Sharman gave a very interesting talk on education. He clearly had the full attention of his students. Perhaps it was because he had his cane at the ready..
As the pictures below illustrate the event was well attended.  The left picture shows Frank Sharman in full flow. Plenty of other familiar faces, including Barry Hodgson, Frank Taffano and Martin Peake to name a few. 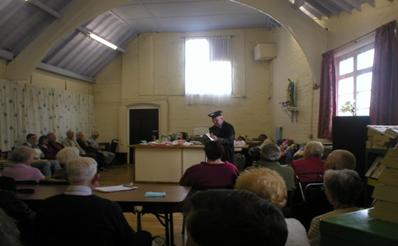 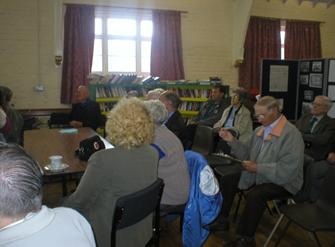 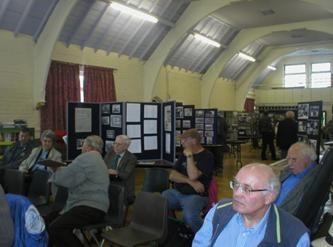 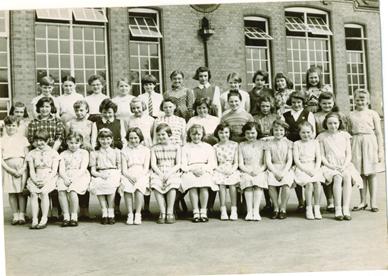 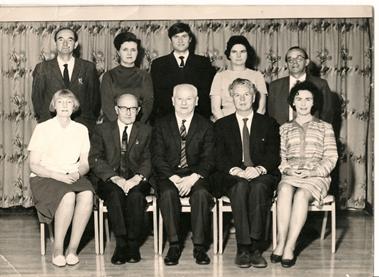 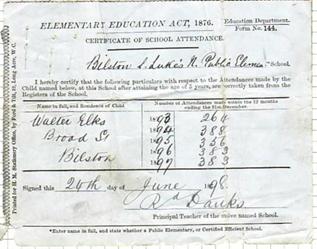 Thanks to Ed Elkes  and Bill Hawkins and Barbara Howells for their donations shown above.